Deputy Governor of East Java: Every Youth can be an “Ambassador” of Indonesia

An Ambassador is identical to the position of representing Indonesia in other countries. However, for the Deputy Governor of East Java, Emil Elestiano Dardak, every citizen, especially the youth, can become an ambassador for the nation.

He conveyed this during the 2022 BRAUSC Competition (Brawijaya University Essay Competition) webinar, Thursday (17/2/2022).

“When we hear the word Ambassador, what comes to mind is someone who is experienced, and has been in the world of diplomacy for many years,” he said.

However, according to Emil Dardak, youth can also become Indonesian Ambassadors. This means that youth have a role as delegates who can make Indonesia proud.

“This is because there is an opportunity to grow bigger, especially in this era of globalization. Access for self-development, such as scholarships, discussion forums, as well as improving employment capabilities, is very advanced compared to 10 years ago,” he said. 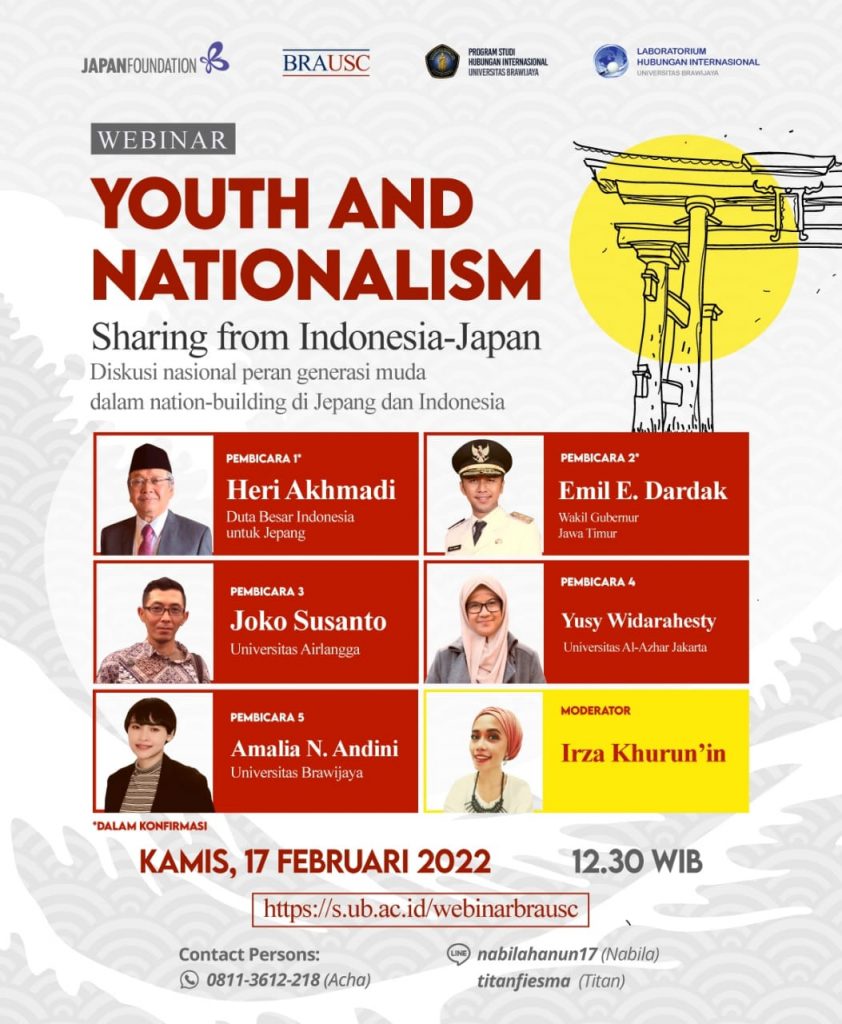 The former Regent of Trenggalek conveyed that the ease of technology and communication has made Indonesian youths able to establish relationships with youths in other countries.

“By communicating with foreign friends, it is hoped that the insight and knowledge of Indonesian youth can be further developed. From this kind of communication, friends can become ambassadors for our country,” he concluded.