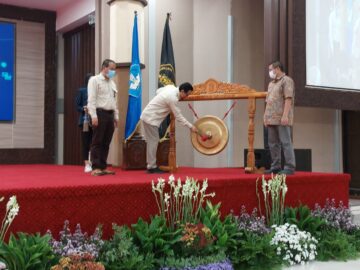 Universitas Brawijaya (UB) becomes the host of the XV National Student Exhibition on Information and Communication Technology (GEMASTIK). The performance was opened by UB Rector, Prof. Widodo, S.Sc., M.Sc., Ph.D.Med.Sc, was marked by the beating of Gong at Samantha Krida Building, Tuesday (22/11/2022).

In his remarks, Prof. Widodo said that in the current era of technological development, if you are unable to adapt to the revolution, you will be left behind and only be able to become a follower.

“Now is the era of information technology. Any information from around the world is in our mobile phones. Therefore, in the future, a generation of innovation and information is needed that can become a leader in changing world civilization. So we must be able to be players in the development of information and technology and not be followers,” he said.

In line with UB Rector, Vice Rector III for Student Affairs Prof. Dr. Abdul Hakim, M.Sc., added that GEMASTIK, which is a Puspresnas’s program this time, aims to improve the competence of Indonesian students in advancing ICT and its use both during their studies and later after graduation.

“The GEMASTIK competition aims to encourage students to compete in creating innovations in the era of the industrial revolution 4.0. This competition besides training students in the field of soft skills will also form a sense of cooperation within students. This is because the GEMASTIC Competition is done as a team. GEMASTIK, which is being held for the 15th time, has the motto ICT for Indonesia to Recover Faster and Rise Faster,” he said.

Meanwhile, Head of the National Achievement Center (Puspresnas) Secretariat General of the Ministry of Education and Culture, Asep Sukmayadi, S.IP., M.Sc said that every innovation produced at GEMASTIK is expected not only to stop but to be sustainable so that the community can feel its impact.

“GEMASTIK for the intellectual and spiritual intelligence of the younger generation. The hope is that they can create not only smart cities but can build smart villages that are useful for the community. Let’s move to realize Freedom of Learning,” he said.

In GEMASTIK XV this time there were 224 finalists who had been selected from 2885 participants.

At the opening of GEMASTIK XV, it was followed by the handover of a rotating trophy from ITS as the general champion to Puspresnas. And from Puspresnas it is handed over to the Vice Rector for Student Affairs, Alumni and Student Entrepreneurship in UB, Prof. Dr. Abdul Hakim., M.Si to be contested again in the 2022 XV Gemastik competition in UB. (Oky/Humas UB/ Trans. Iir 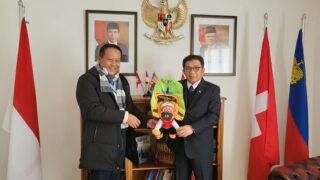 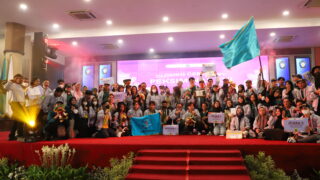 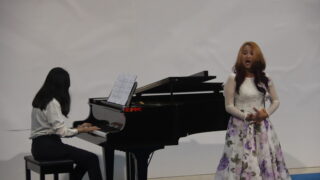 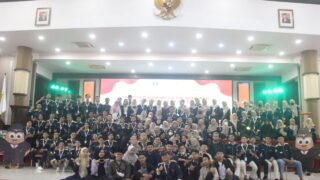