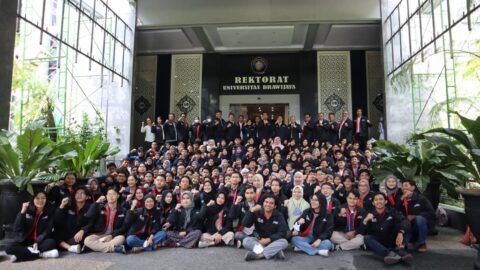 The Rector of Universitas Brawijaya, Prof. Widodo, S.Si, M.Si., Ph.D.Med. Sc. officially released as many as 32 UB contingent teams in the 35th PIMNAS 2022 event. This activity was held on Monday (28/11/2022) in the Lobby of the Rectorate Building, and was attended by the Vice Rector and Vice Deans for Student Affairs.

Dr. Agung Pramana Warih Marhendra, M.Sc as the Director of the Directorate of Student Affairs reports the division of UB’s contingent team to the Rector. “Our team has come a long way. It started with the Vice Rector for Student Affairs who started from the Movement of 1500 student proposals, selected 700 titles and shrunk to 400. As a result, thank God, 51 teams passed the funding, which eventually produced 32 teams that passed PIMNAS, “he said.

This team consists of 11 teams of Entrepreneurship PKM, 5 teams of initiatve PKM, 3 teams of Science and Technology Application, 1 team of innovation, 6 teams of research, 2 teams of social humanities research, 3 teams of video ideas, 1 team of written futurist ideas so a total of 32 teams involved 149 students

On the same occasion, the Rector gave an injection of enthusiasm for the participants. “Thank you for the struggle of the students and keep up the enthusiasm, and with this I release the university heroes and with the accompaniment of prayers with all of us, I hope to get the best results for students, the university, and for the Indonesian nation,” he said.

The 35th National Student Scientific Week this year will be officially opened on Wednesday (30/11/2022) and will last until Saturday (3/12/2022) at the University of Muhammadiyah Malang. [Humas UB/ Trans. Iir] 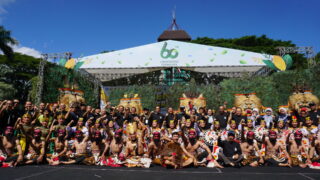 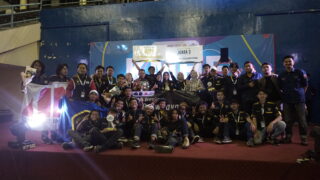 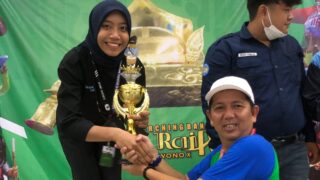 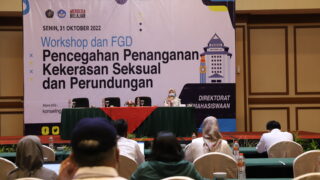 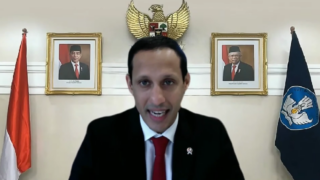