Universitas Brawijaya (UB) has developed the Internet of Things (IoT) based on Geographic Information System (GIS) to mitigate disasters in Pronojiwo District which is an area affected by the eruption of Mount Semeru.

The developer, Adipandang Yudono, S.Si., MURP, Ph.D, in Malang, Thursday (29/9/2022), said the method had been applied to the Semeru Post-eruption until the recovery period.

This lecturer in Urban Area Planning Study Program, Faculty of Engineering, UB, said that after the Semeru eruption, IoT technology was used to enter data, such as the number of refugees, logistics, the distribution of survivors, the location of the post, medicines and food.

Meanwhile, during the recovery period, GIS-based IoT technology is used to map the affected areas for agriculture, livestock, and other sectors such as damaged schools.

“The data generated by IoT can be crucial information, especially in dealing with affected locations so that it can be used as a supporting system for determining areas that are livable or delineated as protected areas,” said Adipandang.

In human media, IoT work uses three stages. First, enter or input data. When the data is entered, it will be managed.

“In the future, the use of geospatial-based IoT can be used for planning activities for the recovery of areas affected by Semeru eruption, such as reforestation or replanting for forests that have been deforested due to landslides or due to the impact of disasters,” he said.

Meanwhile, the Executive Chair of the Independent Learning Independent Campus (MBKM) Semeru Program, Dr. Sujarwo, SP, MP admitted, IoT for disaster mitigation facilitates the activities of students involved in the Semeru humanitarian project in identifying damage and providing better information, such as the number of damaged buildings and data on affected areas.

In addition to the use of IoT for disaster mitigation, in MBKM Semeru Humanitarian Project, a School and Town Watching System is also carried out with the targets are schools and community members.

Disaster mitigation efforts in schools or School Watching is a method or process to identify elements of schools that are at risk, analyze the impact of risks, and find solutions to problems when a disaster occurs.

Meanwhile, in Town Watching Disaster Management is a program for people who live in an area, namely residents, children, or students by traveling around the area to see and understand dangerous places when a disaster occurs as well as facilities for safety. Then think of their own anticipatory steps against danger in the event of a disaster.

Town Watching aims at increasing public awareness of disaster management, identify environmental and surrounding vulnerabilities, identify community capacities or resources that can be used when a disaster occurs, as well as identify the main problems in the community and find solutions to these problems.

With town watching, people can be aware and have a solution in the event of a disaster.

He noted that currently the results of the School and Town Watching System socialization were written in a pocket book that would be circulated to community schools in Pronojiwo District. (OKY/Humas UB/ Trans. Iir). 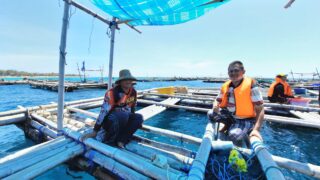 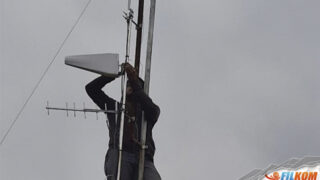 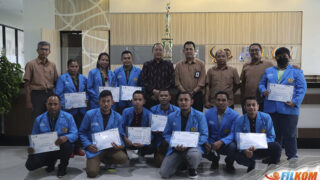 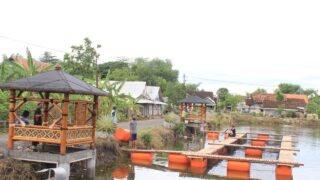