Head of the Pokmaswas Gili Bahari, H. Sakur said currently there are more than 400 floating net cages (KJA) with grouper as the main commodity.

Even though the productivity of grouper cultivation is quite good, currently fish theft is rife in cultivator cages.

This condition is caused by the absence of a power source for monitoring, as well as the location which is classified as far from the monitoring range of cultivator groups.

Solar-based marine cages consist of solar panels, lighting systems and sensors that automatically work when there are indications of human movement around the cages.

The system designer, Akhmad Zainuri said the use of solar panels was motivated by the difficulty of accessing electricity from the mainland of Gili Ketapang, so using solar power does not burden cultivators with operational costs.

However, there are challenges faced by this device, due to the wave conditions found in Gili Ketapang waters, as well as the threat of corrosion due to water and salt vapor.

“This device will continue to be monitored regularly, so that it can help cultivators secure their respective cages,” he said.

Currently, two monitoring devices have been installed in two cage areas in Gili Ketapang. A positive response was given by the cultivator group, and hoped that there would be additional similar devices in other areas n Gili Ketapang.

Gili Ketapang is a small island north of Probolinggo, with the status of a Marine Protected Area in East Java, with a total area of ​​476.78 Ha (Kepmen-KP 64/2020).

Meanwhile, the mainland of this island covers an area of ​​72 hectares with a fairly high population density, reaching 13,095 people.

The potential carrying capacity of the waters on this island is quite high, and is used for marine aquaculture, marine tourism and capture fisheries. (*/Humas UB/ Trans. Iir). 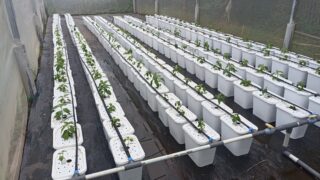 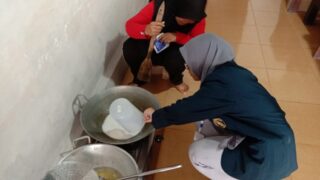 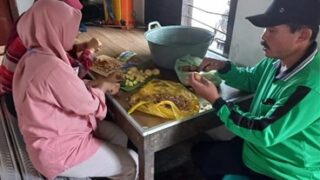