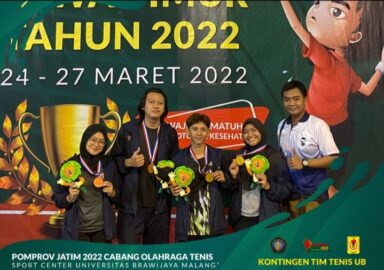 The event of the East Java Province Student Sports Week (Pomprov Jatim) 2022 for the tennis court branch has been successfully held at Universitas Brawijaya (UB).

The activity is carried out for four days at UB Sport Center Tennis Court.

In the top party, UB places one representative in the mixed doubles category, namely the pair of Dika Nanda Permatasari and Andi Muhammad Nasution.

This pair faced a mixed doubles pair from the Ten November Institute (ITS), namely Bramila Shofia Nenden and Agsulikin Kasih.

The match was quite tight in the party which was also held at the end.

Dika and Andi started the match in less than optimal. They made their own mistakes several times, so that they were left behind with a score of 0-2 and 2-4 from ITS mixed doubles.

Dika and Andi continue to strive maximally not to give up and catch up.

Their struggle finally paid off by equalizing 6-6 and then turning things around and ending the match with a score of 8-6.

From the results of the mixed doubles, UB got gold in the Pomaprov event this time. In total, UB managed to collect one gold and three bronze in this tennis court branch. 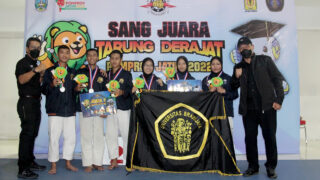 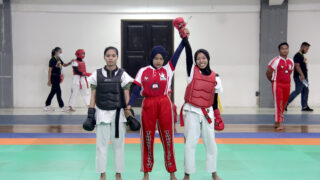 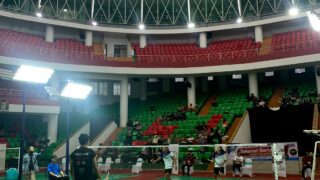