Prof. Agus explained that vehicle safety devices with good performance and safety levels in the event of a collision are needed, especially in the frontal or perpendicular direction.

“Crash box is one of the passive safety devices located between the bumper and the frame that functions as an absorber of impact energy when a collision occurs,” said Agus.

He explained that the crash box is a thin-walled structure which is expected to undergo permanent deformation to absorb impact energy due to a collision from a vehicle.

The development of the number of motorized vehicles in Indonesia is very high, especially in the passenger car segment. Based on the data from the Central Statistics Agency, the number of passenger cars increased by 6.1% with a total of 15,592,419 units in 2019 (BPS-Statistics, 2019). Unfortunately, this increase is directly proportional to the high number of accidents in Indonesia, which reached 116,411 cases and tends to increase by 4.87% in 2019.

Vehicle safety devices with good performance and safety levels in the event of a collision are urgently needed, especially in the frontal direction. Crash box is a passive safety device that is located between the bumper and the frame which functions as an absorber of impact energy in the event of a collision. Crash box is a thin-walled structure which is expected to undergo permanent deformation to absorb impact energy due to collision.

Crash box testing can be done with Frontal and Oblique impact tests. Based on the International Automotive Congress 2008 there were several tests for the frontal direction, one of which was the US-NCAP type. Frontal testing is done by crashing 100% of the car body with a collision angle of 0o and a speed of 56 km/hour or 15.6 m/s.

In the oblique impact test according to the New Car Assessment Program (NCAP) standard, it is carried out by placing the specimen on a fixed base and then impacting the impactor at a speed of 56 km/hour at an angle of 30o to the specimen axis.

The development of the crash box design starts from a conventional shape with a square, circular and hexagonal cross-sectional design, followed by a design that modifies the shape of the crash box wall.

This crash box design was developed as an effort to design an efficient energy absorber.

The design engineering carried out is aimed at meeting the needs of the MPV type car application, which is the best-selling vehicle in Indonesia with a crash box length of 120-150 mm.

The challenge is that the smaller the length of the crash box will of course reduce the value of energy absorption, so it is necessary to choose the basic shape of the crash box that has the largest absorption value. The hexagonal crash box design was chosen because it has the highest Energy Absorption compared to other cross-sectional shapes. The research carried out is to make design innovations on the hexagonal crash box which includes multi-cell foam filled.

“We formulated a hexagonal crash box design model for the short crushable zone consisting of multi-cell foam filled, multi-cell composite, multi-cell hybrid and honeycomb filled with a significant increase in energy absorption capability with a lightweight structure. This crash box design model is the development of a hexagonal model with a crash box length of 120 mm which was developed by computer simulation. The design development was carried out by adopting the ALD (Analysis Led Design) technique and the virtual design which has been carried out effectively on the corrugated metal gasket design engineering. The advantage of developing a model with computer simulation is that it speeds up the product development process by reducing trial and error. The weakness of this design model is the challenge of the complexity of the design form, so a precise manufacturing process is needed to produce the prototype,” said Prof. Agus Choiron. [Humas UB/ Trans. Iir] 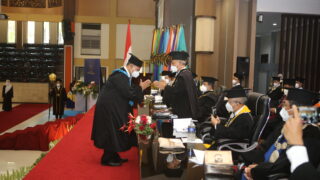 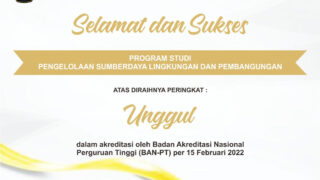 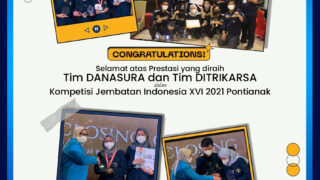 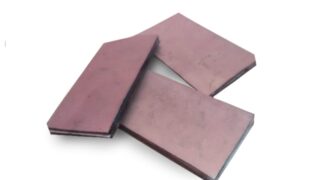