The Professor of Government Sociology, Dr. Drs. H. Luqman Hakim, M. Sc., revealed that the Regional Head Election is currently experiencing political and social bias so that it has developed into regional anthropocentric political elections in the sense that it fosters primordial ties rather than ties of political nationalism.

“Currently, the Regional Election is more like a political head election than administrative leadership. This is in accordance with research that has been conducted for 15 years, “said Luqman during the Professor’s inauguration speech, Thursday (17/12/2020).

He added that the existence of Regional Election was considered dangerous, because it had moved away from the ideals of the 1945 proclamation of independence.

“The cost of political elections is expensive, candidates for regional head are controlled or voluntarily surrendered to the oligarchy whose centers of power are in the hands of high state officials, high-ranking political parties or cukong.

Therefore, from the perspective of government sociology it is predicted that the Regional Election will sooner or later endanger the sustainability of the Unitary State of the Republic of Indonesia (NKRI), “he said.

Luqman added that even though they had moved away from the ideals of the proclamation, the people were smart.

According to him, people are actually playing the election for their own economic interests.

They deliberately sold votes to all prospective candidates but also waited for the Sun attack.

“When finally many of those who were elected were jailed, the public didn’t care, even blamed the actor who was only good at corruption in congregation with his own group, and failed to play the role of Si Pitung, the generous robber in the folklore of the Betawi people of colonial times,” he said.

Professor of Environmental Law and Natural Resources, Prof. Dr. Rachmad Safaat, SH., M.Si said that Indonesia, with its abundant natural resources, is the fifth largest coal producer in the world, as well as being the largest coal exporting country in the world due to the minimal use of coal in the country.

With such a large potential contribution, it is necessary to have a clear political direction for the governance of mineral and coal mining that is able to improve the welfare of the people, especially in areas that are rich in mining materials and maintain environmental sustainability for the next generation.

However, in reality the opposite has happened. The existing condition of the legal politics of mineral and coal mining governance is currently facing a crisis situation and in an anomalous situation since it ignores the values ​​of social justice contained in the five principles of Pancasila and the Qur’an, as well as the principles of environmental sustainability.

“The wealth of mineral and coal resources, does not necessarily bring prosperity to the people and gives them the right to be a good and healthy environment. On the contrary, it creates massive, structured and systematic poverty, social conflict, degradation and environmental damage through various policies and regulations that are not friendly to social justice and environmental sustainability, “he explained.

Through this research, Rachmad Safaat recommends the need for new construction of legal politics for mineral and coal mining governance so that future policies and regulations are more responsive to social justice and environmental sustainability by integrating and accommodating the four main pillars. Includes: (1) responsive and progressive legal theory, (2) theory of good governance and good environmental governance, (3) social justice based on Pancasila and the Quran, and (4) principles of environmentally sustainable development.

In order for these recommendations to be realized, it requires social movement that is broad, comprehensive, and has a strong net working to guard any change agenda related to policies and regulations on mineral and coal mining governance. “Academics from the world of campus are the main actors (agents) of renewal who are the main motor of change, he concluded. 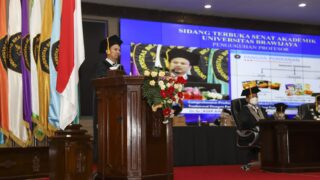 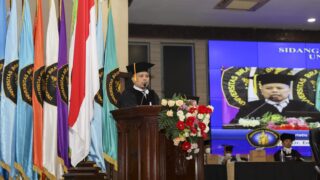 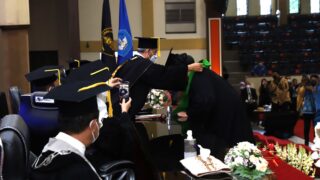 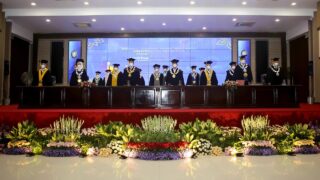