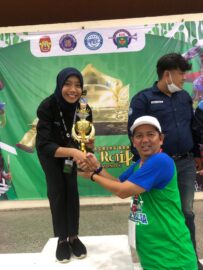 In this competition, according to Fanny Rahmadhani as the Chief Executive of UB ESB, ESB is trained for four months. “The training started in July, from warm-up exercises, posture drills, music materials and displays. Some of the trainers are alumni, some of them are from outside UB”, she explained.

The contingent that departed, added Fanny, amounted to 130 people. “The composition is 96 players plus 7 coaches and 34 officials. The instruments we carry include trumpet, baritone, tuba, riffle, cyber, multitom, bass drum, xylophone, bombass, drumset and other properties,” said this student from the Faculty of Agricultural Technology. 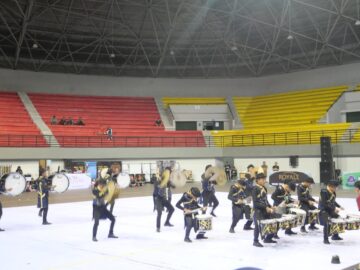 In the competition which was held on October 21-23, the ESB team participated in three assessments. “There are three categories, namely head to head drum battles with opponents, displays similar to title shows and street parades or carnivals. Display assesses music, general effects, and visuals. For the street parade, the uniformity of marching, distance and straightness, attitude, music and other assessments are seen. Meanwhile, for the drumbattle, it uses a knockout system through the appointment of units by the jury after giving an oral assessment,” she explained. 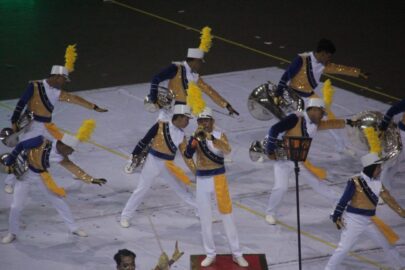 After this competition, said Fanny, her team will prepare for some big agendas. “This month there is a showjob at the Anniversary of the Faculty of Agriculture and the Masterpiece of Brawijaya in December,” she concluded. (vQ)