As a form of community service, Universitas Brawijaya students carry out a Community-Building Collaboration Field Work Lecture (KKN) which is held in several village points in Malang Raya area. One of them is KKN Collaboration to Build Village Group 7 which conducts its activities in Pandanajeng Village, Tumpang District, Malang Regency.

Programs implemented in this village include the use of social media as a medium for village recognition, optimization of social media in education, the importance of drinking milk culture, enforcement of health protocols, socialization of prevention of fungi in fish and neutralizing the pH of fish ponds, installing prohibited signs, making hanging garden, making vegetable flour, as well as socializing the potential of a tourist village.

This KKN activity was very openly welcomed by both the Head of the Village and the local village community. One of the flagship programs of the Community Service is the making of vegetable flour program.

The vegetable flour production program was chosen because Pandanajeng Village is the largest mustard-producing village in Malang Raya.

The vegetable flour production program aims to enable people to sell their crops with processed products that have a higher selling price.

On the other hand, the making of vegetable flour can also be used to overcome the drop in the selling price of vegetables in the market.

By converting vegetables to flour, it can have a relatively higher selling price when sold in the market. Then, this vegetable flour can also be used as processed products such as cakes and noodles made from vegetables.

This program was socialized to several local residents who are members of the KWT (Women Farmers Group) in Pandanajeng Village.

Good response from the Women Farmers Group (KWT) was shown by the emergence of questions during the socialization and also some who tried to taste the sponge product made from vegetable flour which was the result of an experiment by Universitas Brawijaya students who carried out KKN.

The program for making vegetable flour is expected to be able to take advantage of its natural products, namely vegetables such as spinach, mustard greens and kale effectively and efficiently.

In addition, making vegetable flour can reduce the quantity of vegetables that are thrown away because they are rotten while the utilization is still minimal. (FKH / Humas UB/ Trans. Iir). 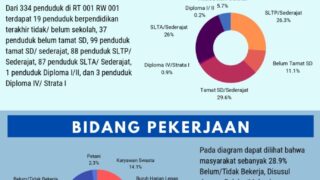 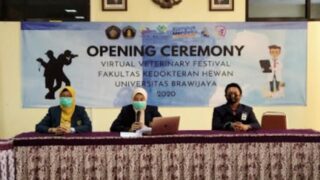 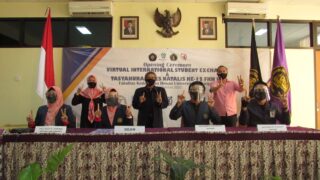 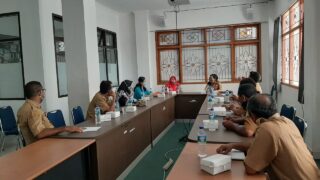 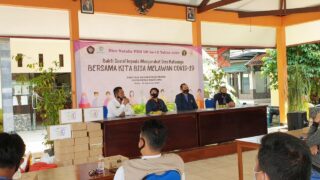