Clean water in settlements is a very crucial aspect that must be met. Efforts to fulfill this clean water must be carried out continuously for a long time.

However, not all regions can meet this need for clean water. One of them is Karangbinangun Village, Lamongan Regency.

Called Multi Water Treatment (MWT), it has simple design and using tools and materials that are easy to obtain and apply by the resident.

The tools needed to make this water filtration are a paralon pipes, pipe caps, a stop tap, a typical glue for paralon, and a distributor that is easy to make.

“For filter, we use materials that are easily found in Karangbinangun Village, the rice husks,” said Rifki when interviewed online via zoom media (10/Sep/2020).

Rice husks, he continued, will be burned into charcoal and then it’ll be used to remove Fe (iron) and Mn (manganese) content in water which can cause the water to turn brownish yellow and cause an odor.

Another filter is zeolite which function is to remove hardness and salinity in water using the ion exchange method.

The team also used anthracite, a filter media derived from coal with a carbon content of 85-95% to overcome the odor and taste problems caused by the organic content in the water.

Furthermore, gravel is also used which functions to filter a larger sized coarse dirt, and a dishwashing sponge which is used as a barrier between the filter media while holding the solid particles from passing to the next filter media.

“Hopefully this tool can be easily implemented and developed by the community to overcome the crisis of lack of clean water, especially in villages that lack water treatment,” he hoped.

Under the guidance of Ir. Bambang Ismuyanto, M.S., the team will fight along the nineteen other PKM FTUB teams to represent UB in the XXXIII National Student Scientific Week (PIMNAS) in November 2020. (mic) 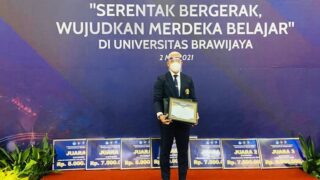 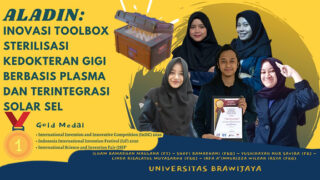 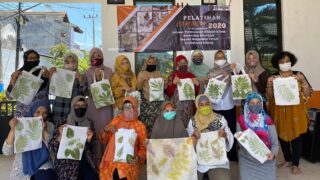 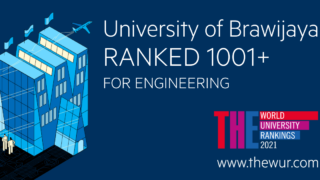 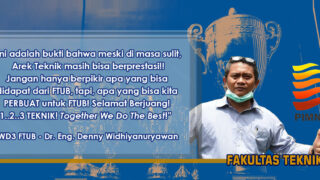