Utilizing a simple building that is environmentally friendly, this team is determined to solve the problems of flood and drought that often occur in urban areas.

As a pilot project, the team takes Malang, that also faced such problem. The drainage reservoir is no longer able to accommodate excess runoff water.

This has resulted in floods during the rainy season and water shortages during the dry season at several points in Malang City.

Under the guidance of Dr. Eng. Donny Harisuseno, ST., MT., the team took 2 months to work on the system innovation, from concept planning to building details.

“At several points in Indonesia, especially Malang City, floods often occur during the rainy season. If left alone, this could become an annual disaster,” said Yosi as Team Leader.

On the other hand, she added, drought often occurs and in fact it is interrelated. So ISWM is considered very suitable if applied to urban areas.

“There also a role for the government, so if it is implemented, the results will be very rewarding,” said this 2017 student.

The principle of IWSM itself is to replenish groundwater to prevent flooding during the rainy season and providing raw water supply during the dry season. Besides that, IWSM is also useful for improving the quality of wastewater.

This is how the system works; the rainwater that falls on the roof of the house will be flowed through the gutter to ABSAH and filtered by a natural filter to remove impure components.

Then the water can be pumped to be used as raw water. If the water in the ABSAH reservoir is full, the water will overflow into the absorption well to recharge and improve the quality of groundwater.

For rainwater that falls on the lawn, the water will be bound by a green open space planted with yellow bamboo plants that can absorb water. The rest of the runoff will flow into the biopore infiltration hole.

To improve the quality of household wastewater, a communal IPAL (Wastewater Treatment Plant) building is used with a wetland construction.

If the IWSM system is implemented, it will be able to reduce flooding by 72% and can provide a raw water supply of 3.36 m3.

The application of IWSM in urban areas will also support 6 of the 17 points of the UN’s Sustainable Development Goals (SDGs).

The main points are Sustainable Cities and Communities and five other points are; Good Health and Well, Clean Water and Sanitation, Industry Innovation and Infrastructure, Climate Action, and Life on Land.

The implementation of IWSM at the housing scale for urban areas in Indonesia really requires the role of the local government starting from the village/kelurahan.

Later it will be offered the formation of related stakeholders called FPRB (Disaster Risk Management Forum) which aims to control and evaluate the implementation of IWSM.

This includes activities such as training, simulations, socialization, and RT Tangguh competitions.

“In the future, it is hoped that the government can make new policies to support the implementation of IWSM so that this system can be applied starting from a home to urban scale, and finally it can be applied by the wider community throughout Indonesia,” Yosi concluded. (mic) 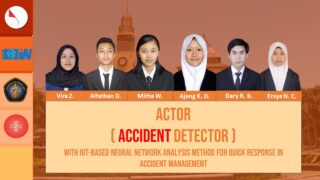 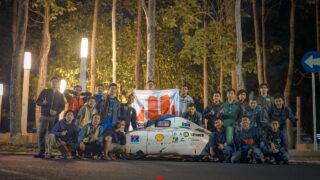 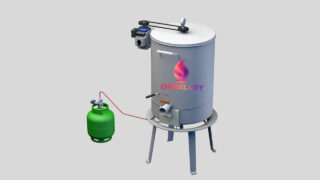