The team of students from the Faculty of Law, Universitas Brawijaya brought another achievement. This time, five students won 3rd place in the prestigious competition ‘The 9th Sciencesational University of Indonesia (UI) Legislative Drafting category’.

Zacky Husein’s team, which passed the top 5 in the Legislative Drafting category, was chaired by Muhammad Daffa Alfandy with members Wahyu Laksana Mahdi, Endrianto Bayu Setiawan, Meza Rahmada Garini and Aura Shafa Halillah. The final of this competition was held at the end of last November.

In this competition, UB delegation drafted a law entitled Draft Law on the Development and Strengthening of the Financial Sector (RUU P2SK). Furthermore, the drafted bill, he added, also accommodates regulations regarding financial technology in Indonesia.

“In preparing it, we used the Omnibus Law method, namely harmonizing and aligning several sectoral laws related to the financial sector. One of them is the harmonization and synchronization of the Law on Banking, the Law on Bank Indonesia, the Law on Trade, the Law on Prevention and Management of the Financial System Crisis, the Law on Collection of Money or Goods, the Law on Deposit Insurance Corporation, etc., said Aura.

“The biggest challenge in leading this team is maintaining the level of collectivity and collegiality. It is not easy to unite five different characters and views in one Academic Paper and Draft Bill. However, I would like to say a thousand thanks to Zacky Husein’s team mates who were able to beat themselves and remain firm in their commitment to finish this race sweetly. The hope is that we will continue to work together in the future and be able to re-produce law products in other contests”. Daffa said.

Several universities in Indonesia participated in this competition. One of the issues raised in this legal competition is the development of regulations on financial technology in the Bill to Strengthen the Financial Sector (RUU P2SK). [Humas UB/ Trans. Iir] 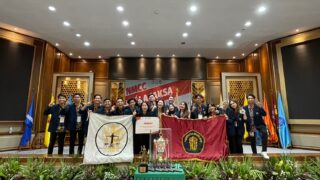 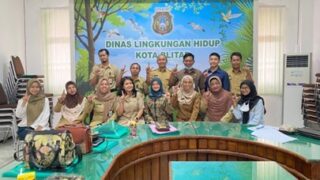 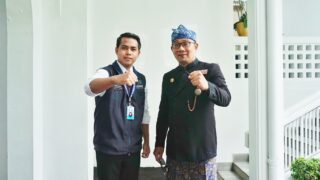 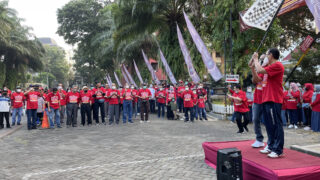