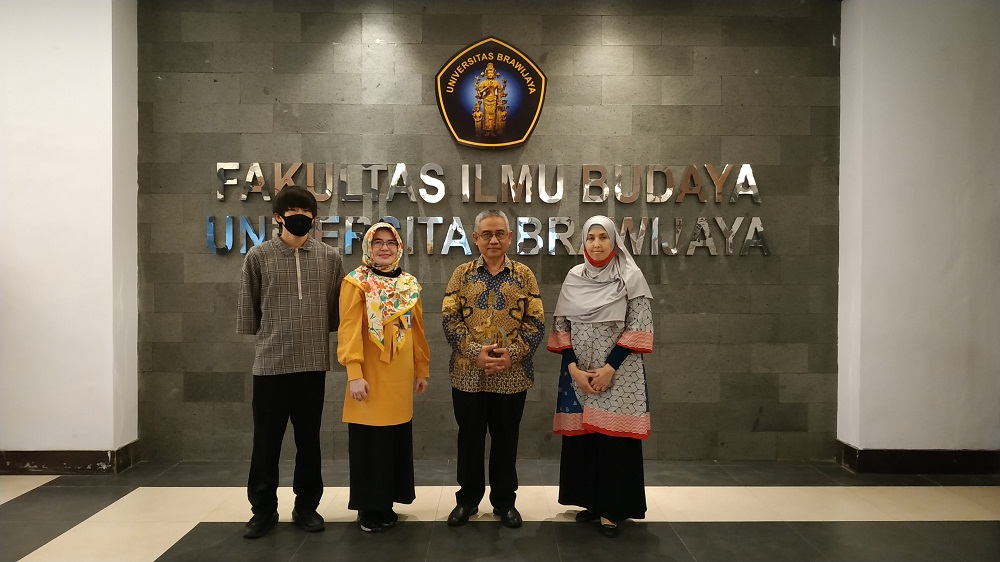 The funeral is a sacred ritual that cannot be separated from human life. However, in the procedure or funeral process, every culture has its way. Then, it creates a curiosity for one of the Darmasiswa RI Program students of Faculty of Cultural Studies (FCS) Universitas Brawijaya (UB) from Japan named Shohei Senaha. He then put his curiosity in a final project as a mandatory requirement for graduation from the Darmasiswa RI Program at the FCS UB. Shohei, as he is called, is obliged to take the Final Project examination which is tested online by a team of FCS UB lecturers.

“One of the things I have learned is about the funeral process that the Toraja people do when I study in a culture class. In this study, I decided to find out about the types of burials of the five tribes in Indonesia, including the Dayak, Toraja, Balinese, Batak, and Sundanese tribes,” he explained during his presentation.

Shohei also explained the different ways of funerals in Japan during the presentation. “Funeral ceremonies through burial in Japan have been prohibited. Today, many funeral companies provide funeral services. They are changing the way of burial in the ground to cremation. Families whose relatives died can ask the funeral company to carry out the funeral by cremation,” he explained.

Shohei’s enthusiasm for carrying out his final project related to funeral traditions received support from his supervisor, Khilmi Mauliddian, M.Li. “At first I was surprised by the idea Shohei conveyed. But when he put forward the reason logically, I then directed him, and it turned out that he was passionate about studying and looking for data about tribal funeral traditions in Indonesia,” said this lecturer of BIPA FCS UB.

Appreciation was also given by the examiner, Machrus Abadi, M.Pd. “What Shohei raised is interesting. Moreover, this research was conducted by students from Japan. Of course, this can spur enthusiasm for us to pay more attention to and love our cultural traditions,” he said. [DTS]