Malang Coats has several pioneering community-based conservation areas. This area has several important potentials, such as mangroves, coral reefs, turtle egg hatching areas to commercial fish spawning locations. This potential can be developed into a protected area as well as a source of blue economy for the local community, which has been managed by community groups with various conservation supporting activities. 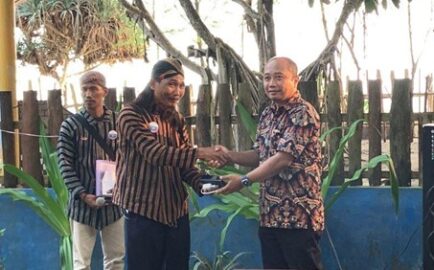 Despite having two natural schools, the unavailability of learning media and modules as well as limited internet access has resulted in a large amount of local material potential not being realized. Departing from these two problems, the team of Doctoral Service Universitas Brawijaya developed educational tools for area-based conservation learning.

“This device is quite flexible because of its small size with battery distribution, does not require internet access, and contains interesting digital audio & visual material, making it easier for nature school managers to provide material,” said Ahmad as the team leader.

This portable server device, he added, is a combination of the Moodle Learning Management System (LMS) with Raspberry Pi 4 hardware, which contains educational content on turtle-themed conservation at BSTC, as well as mangroves and ecotourism at CMC. “Besides that, there is also material on marine conservation and pollution from the KKP. There is also a virtual tour through camera 360 visualization on BSTC and CMC, so that the view becomes more attractive,” he added. 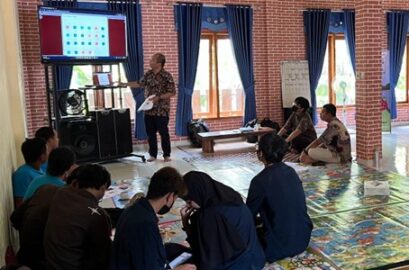 The module that has been uploaded on a MoodleBox-based portable server can be accessed openly by anyone via the provided page with coverage around the area, so that it can introduce conservation activities on the coast of Malang to other places in Indonesia, especially small islands far from internet coverage. “In addition, this team is also strengthening training on the use and creation of content for nature school managers in the area,” he concluded. [Humas UB/ Trans. Iir]