Approaching the odd semester lecturing for the 2020/2021 academic year, new students take part in an initial introduction to history, profiles, curriculum systems, and campus facilities. The activity called Education and Student Orientation (Ordik) is intended for new students of the Postgraduate Program, both Masters Program (S2) and Doctoral Program (S3).

As well as new students of the Postgraduate Program at the Faculty of Animal Husbandry Universitas Brawijaya (PPS Fapet UB) who join the ordik online through ZOOM and live YouTube broadcasts, Tuesday (15/09/2020). The activity was attended by 88 participants consisting of 33 S2 students from the regular route, 47 S2 students from the fast track, and 14 students from S3.

The Ordik of the New Student was filled with a guest lecture with the theme “Building the Research Quality of Animal Science Postgraduate Student in the Digital Era”, which invited Zainal Aznam Bin Mohd Jelan, DVM, M.Sc., Ph.D, Lecturer from University of Putra Malaysia as a presenter. He discussed Research Development in Livestock Production for Post Graduate Student.

According to him, the main key to conducting research is that there must be a willingness from the individual, so that the hope is that Postgraduate students can complete their studies on time. There are several research advantages to both the Faculty and the University, which are being the key to demonstrating new knowledge and discoveries, giving national and international reputations, contributing and developing knowledge in more specific aspects.

Halim raised the topic of developing research insights which is aimed at advancing Indonesian livestock and highlighting Indonesia’s name in the international arena. While Prof. Hendrawan discussed plagiarism in writing scientific papers.

“A plagiarist or someone who copies someone else’s work without mentioning the source is the same as a thief. The government has issued regulations related to the prevention and solving act of plagiarism in tertiary institution, in which there are sanctions for plagiarism, from suspension to termination of employment. ” said Hendrawan

“Therefore, as researchers and authors of research reports, if we want to include quotes or opinions in other people’s research, we must include the source.” he concluded (DTA / Humas UB/ Trans. Iir) 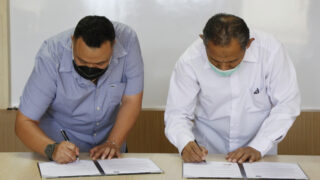 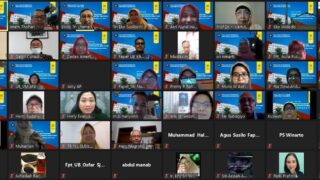 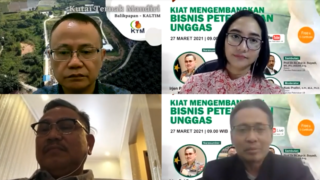