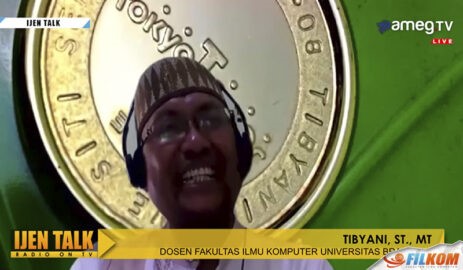 One of the lecturers of the Faculty of Computer Science, Tibyani, ST, MT. became a speaker in the talkshow on ameg. tv (Arema Media Group)  Youtube Channel with IjenTalk content entitled Beware of Predator Pricing in E Commerce. This activity was carried out live on ameg.tv Youtube Channel on Monday (8/3/2021). Besides Tibyani, the event also invited J.A. Bayu Wijaya, S.Sos., M.Si. as the Head of Statistics and Encoding, DISKOMINFO Malang City and Sapto Wibowo, SH., M.Hum. as the Head of DISKOPERINDAG Malang City. This event was hosted by Anisa Afisunani as the presenter.

Anisa opened by conveying that the Minister of Trade, Muhammad Lutfi, was investigating any indications of illegal trade practices in the form of predatory pricing in several existing e-commerce sites. Sapto Wibowo further explained that predatory pricing is basically the point of having the courage to sell its products for a loss, with the intention that competitors will fall and at that time they will survive because they have a large capita. This is where the role of DISKOPERINDAG Malang City to always foster Micro and UKMs in Malang City which have little capital so that they can survive predatory pricing and provide directions in overcoming these problems, especially during the current pandemic. In addition, DISKOPERINDAG is a liaison for business to business cooperation in the sense of connecting UKMs with companies such as Telkom, Grab, Tokopedia and Gojek.

In addition, Bayu Wijaya mentioned that predatory pricing has actually been going on for a long time but has gone viral because of the news on TV so that we are late in overcoming and anticipating this predatory pricing due to the rapid development of e-commerce. One example of predatory pricing is with discounts held by large e-commerce such as Discounts 11 & 11 (discounts on the 11th of the 11th month), then there is free shipping because this will further drown local businesses or UKMs. Big e-commerce dares to slam prices because they have received more sponsors so they don’t think of loss, of course this is inversely proportional to small e-commerce or local businesses that use their own capital.

Finally, Tibyani added that predatory pricing has been going on for a long time, even before the existence of e-commerce or online shops. Since e-commerce is growing and digital business is getting more advanced, this pricing predator has emerged. Tibyani also emphasized to love domestic products more so that the problem of predatory pricing will be eroded even though it will never go away. During this pandemic, the government is also required to pay more attention to UKMs because they are prone to bankruptcy, hence Tibyani is eager to put forward micro-scale PPKM so that buying and selling transactions are only carried out in one particular area. Indirectly, this helps maintain the continuity of UKMs and local businesses in Malang City. Of course this is not easy according to Tibyani because it requires the role of the government and awareness from the community to run this micro PPKM. The message taken from this talkshow is to love local products to build the nation’s economy, and consumers to be careful in doing transaction in e-commerse [DRN/ Humas UB/ Trans. Iir] 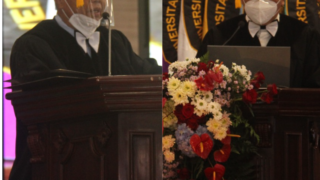 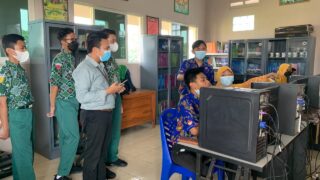 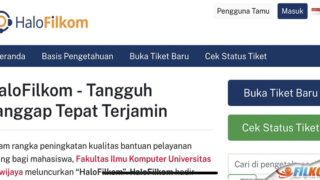 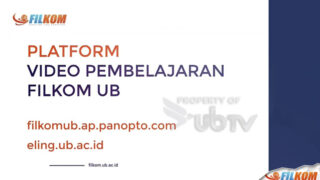