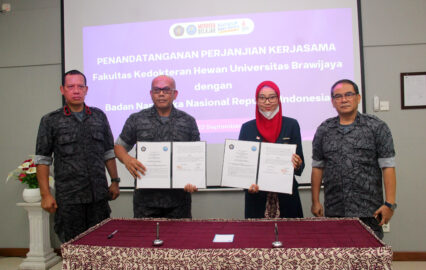 Narcotics and illegal drugs abuse is part of Extraordinary Crime or crimes other than terrorism or corruption. This has mostly become the center of attention in Indonesia, even the whole world.

The community, especially the younger generation, must know and learn about the negative impacts caused by narcotics itself, especially students and college students. Deputy for the Eradication of the National Narcotics Agency (BNN) of the Republic of Indonesia, Drs. Kenedy SH, MH explained that the threat of narcotics in Indonesia is influenced by several aspects. For example, the destructive power of individuals (physical and mental), a large area to remote areas, a large population, narcotics syndicates, and international circulation routes which can facilitate the narcotics distribution network. “In the period 2019 to 2021, the prevalence rate of student groups and college students for drug abuse increased by 0.28 percent. From the initial 1.10 percent to 1.38 percent,” he explained, Thursday (22/9).

He also said that currently 89 new narcotics (NPS) have been found, but 81 are still included in the Regulation of the Minister of Health (Permenkes).

On the other hand, technology is now increasingly sophisticated with the progress of the times. The whole community can use social media or websites as buying and selling platforms. Where, can be a source of drug trafficking. Considering the Covid-19 pandemic has also had a major impact on the emergence of New Psychoactive Substances (NPS) or new types of substances used in drug trafficking. “BNN has a tracking animal unit (K-9) as a method to uncover the circulation of narcotics abuse, therefore through the use of education and technology in the field of veterinary medicine, we hope that the role of the K-9 unit can develop and be able to tackle the spread of drugs in several regions,” he continued.

Besides that, FKH UB held an MoU activity with BNN of the Republic of Indonesia. The goal is to become a commitment to tackling abuse and illicit trafficking of narcotics and their precursors in the veterinary medical realm according to competence in the scientific field.

The Dean of the Faculty of Veterinary Medicine (FKH) Universitas Brawijaya (UB), drh. Dyah Ayu Oktavianie M. Biotech on the same occasion hopes that this collaboration can follow up through applicative activities both in the field of student education, improving the competence of teaching staff and assisting in health insurance for animals. “This activity calls me as a veterinarian profession to help BNN in maintaining and ensuring all students and UB’s academic community to be free from drugs and able to act preventively in staying away from drugs. So that UB campus is not only free from drugs, but also participates in synergizing in eradicating the illicit trafficking of narcotics in the surrounding community,” he concluded. [indra/ Humas UB/ Trans. Iir]