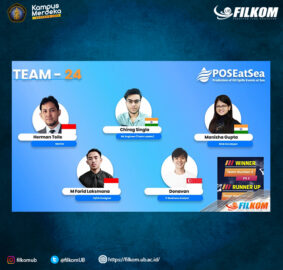 Filkom lecturer, Dr. Eng Herman Tolle, ST., MT. won second place in the category PS2 Prediction of Oil Spills Events at Sea in India-ASEAN Hackathon 2021.
Herman Tholle succeeded in mentoring a team consisting of Indonesian, Indian and Singaporean students by discussing the issue of oil spills. Mentors and other participants get an Encouragement Award with a prize for each participant of USD100.
The Indian government, especially from the Ministry of Education, is working with the Ministry of Foreign Affairs to organize the India-ASEAN Hackathon 2021 which was held in February 2021 (1-4 / 2/2021). The India-ASEAN Hackathon come from the decision of the Indian Prime Minister at the 16th ASEAN-India Summit in Bangkok in November 2019.
The purpose of holding this India-ASEAN Hackathon event is to combine the shared desire to promote cooperation for youth in ASEAN-India
This event was attended by several leading universities in ASEAN. This year’s Hackathon was inaugurated by the Minister of Education, Dr. Ramesh Pokhriyal Nishank along with other officials from ASEAN and India on February 1. For 36 hours, 330 students and 110 mentors from 10 ASEAN countries and India collaborated online and competed as 55 teams to produce innovative solutions of 11 problem statements.
The Problem Statement covers two main themes namely Economics and Education.
The system in this activity is that participants and mentors are randomized to one another to bring out the multinational character of each team, which has the aim of fostering a collaborative spirit, exposing participants to know different cultures, values ​​and work ethics.
The India-ASEAN Hackathon was attended by representatives from universities in Indonesia who excel in the IT field, such as the University of Indonesia, Gajah Mada University, Gunadarma and Universitas Brawijaya where 30 students and 10 mentors participated.
FILKOM UB itself sends two lecturers as mentors, namely Dr. Eng Herman Tolle, ST., MT. and Komang Candra Brata, S.Kom., M.T., M.Sc. while for FILKOM students sent 6 people, namely Gilang Nur A’idi (175150201111079), Muhammad Wildan Aldiansyah (175150201111063), Eka Iqbal Virgiawan (175150201111072), Fadhil Yusuf Rahadika (175150200111019), Yusuf Gladiensyah Bihanda (185150201111013), and Syahshiyah ) all of them come from Informatics Engineering. (DRN / Humas UB/ Trans. Iir). 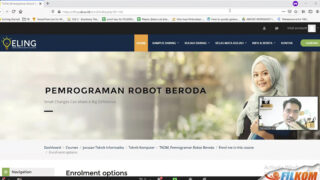 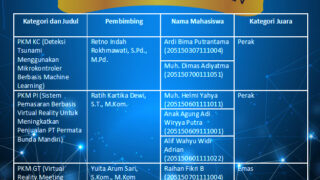 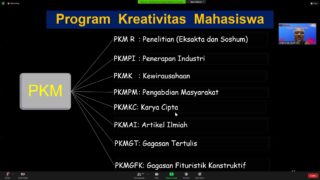 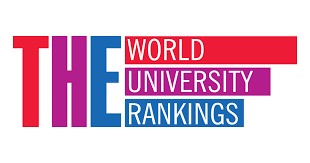 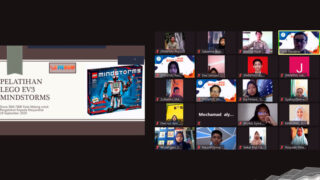