The Faculty of Social and Political Sciences Universitas Brawijaya (FISIP UB) celebrates its 19th Anniversary on April 8, 2022. The age that begins to grow up will certainly add to the plan for the next achievement.

The series of the 19th FISIP Anniversary began with the distribution of electric car as a result of CSR from Telkomsel. The Dean of FISIP UB, Dr Sholih Muadi SH., M.Si immediately tried with the other leadership ranks.

Driving around UB environment, this car will be very useful to introduce guests to Universitas Brawijaya.

After giving this electric car, the bazaar containing various household needs was officially opened by the Dean of FISIP UB. This cheap bazaar was also invaded by the academic community. Moreover, residents around UB also participate. This bazaar also provides cooking oil at a relatively cheap price of Rp. 20,000 per liter. Not only cooking oil, various other needs are also served, starting from rice, snacks and even ornamental plants. 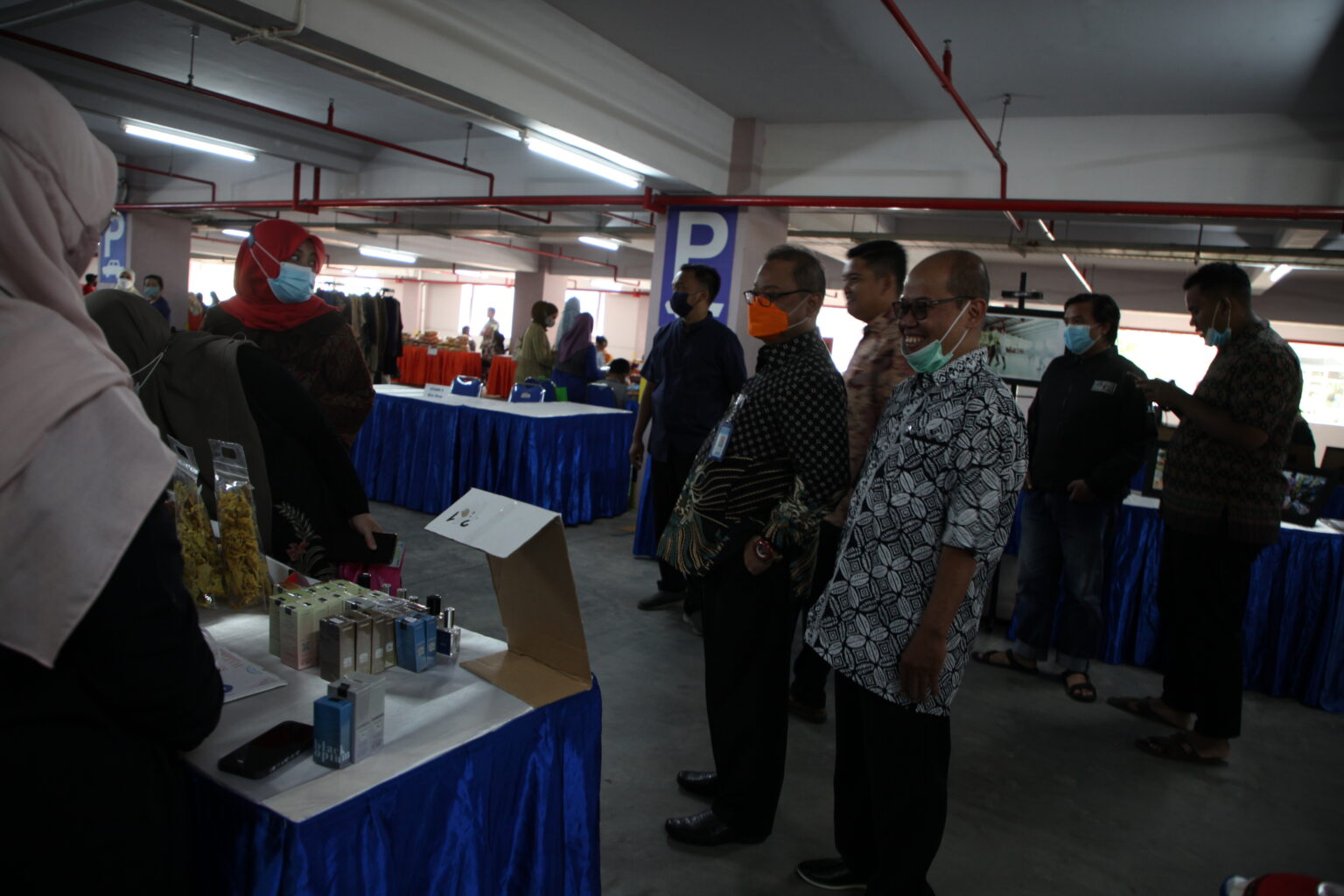 In addition to the agenda carried out in the morning, several other activities will also be carried out in the afternoon. Such as the inauguration of collaboration between Lembah Tumpang and FISIP, FISIP tells a story that will be attended by former UB Rector, Prof. Yogi Sugito.

In this increasing age, the Dean of FISIP UB, Dr Sholih Muadi admits that the future challenges for FISIP will increase, especially now that UB has PTNBH status.

“Of course we want FISIP to continue to increase its achievements. Our competitiveness is now at the PTNBH level, so competition between universities has increased,” he said.

In addition to achievements, Sholih Muadi also hopes that the welfare of the academic community at FISIP will improve.

After the series of 19th Anniversary which will be held this Friday, there will be several other activities included in the series of events. It is planned that some of these activities will be carried out after Eid al-Fitr. (Humas FISIP/ Humas UB/ Trans. Iir)