The Secretary of the Directorate of Administration and Academic Services, Heri Prawoto Widodo, S.Sos., M.A.B explained that the quota for new student admissions set by LTMPT this year is 20% (SNMPTN), 30% (SBMPTN), and 50% (Independent Selection).

“The quota for this year’s SNMPTN is reduced. So, automatically the number of students in schools who are accepted through UB SNMPTN route will also decrease,” he said.

Heri added that for SNMPTN registration, students are required to choose one or two study programs located in the province of origin.

“So, if the highest number of students accepted through UB SNMPTN route is in East Java Province, it is not only because of the requirements for selecting study programs in the province of origin. But because of the quality and achievements of high school students in East Java,” he said.

As for the SBMPTN route, Heri said that it was technically no different from the previous year.

As for the Independent Selection, Heri explained that for this year, students can follow the report card or UTBK route.

“Students who do not take UTBK can register for the independent pathway through academic achievements or report cards,” he said.

For the Independent selection using report cards, the grades used are general knowledge lessons and specialization values ​​such as Physics or Chemistry (for science) and Geography and Accounting (for social studies students).

“In the Independent Selection of Academic Achievements, it is more flexible than the SNMPTN path, especially for science students who want to choose Social Studies study program because the average value is taken, not just the value per subject,” he said. 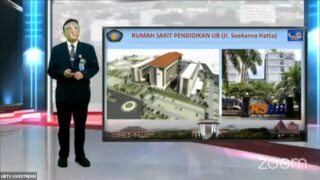