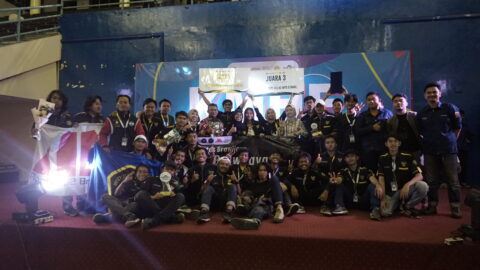 After successfully winning the title of Champion in the Shell Eco-Marathon 2022 competition, this time, the Apatte62 team from the Faculty of Engineering, Universitas Brawijaya again made another achievement in the 2022 Energy Saving Car Contest. This car competition was held from October 29 to November 4 at the Gelora Bung Tomo Circuit, Surabaya. .

Met via short message, Wisnu Nugraha as External Relations Team Apatte62 said that preparations had been made since last year. “We have prepared our four cars since December 2021. Of course we are preparing from a technical car to have high efficiency,” he explained. 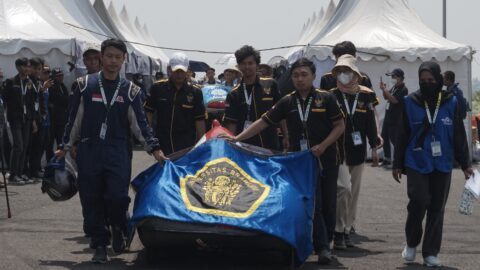 It does not stop there, research is also carried out starting from braking, steering, body, engine, electricity and others. “24/7 we focus on preparing cars for this competition, and preparing administration for the needs of the competition,” said the student from the Chemical Engineering Department.

In this competition, Apatte62 participated in the Prototype and Urban Concept categories. The two categories are further divided into 4 classes based on the driving energy, namely MPD (Internal Combustion Engine) Gasoline, MPD Ethanol, MPD Diesel, and Electricity. So there are 8 classes in total. A total of 14 people divided into two teams were assigned to this competition, consisting of Team Manager, Driver, Engine Division, Body Division, Vehicle Dynamic Division and Electrical Division. “At KMHE 2022, we follow the Urban Concept MPD Ethanol category and the Prototype MPD Diesel category,” he added.

From this competition, the UB contingent team won 1st place in the Prototype MPD Diesel category with a result of 375.61 Km/l and 3rd place in the Urban Concept MPD Ethanol category with a result of 155.91 Km/l. “After this, we will prepare for next year’s competition, both Shell Eco-Marathon and KMHE 2023 in order to get even better results. We will also hold an Open House to show and introduce the Apatte62 Brawijaya Team to the academic community of Universitas Brawijaya,” he concluded. (vQ/ Humas UB/ Traans. Iir) 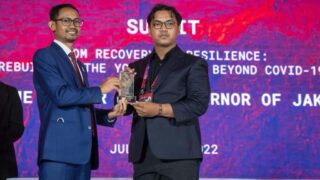 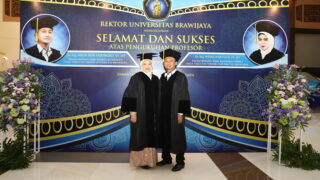 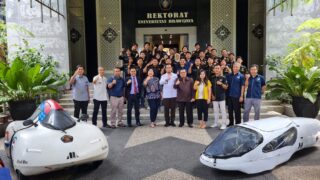