A total of 23,800 became Independent Selection Enthusiasts of the Competency-Based Writing Exam (UTBK).

Secretary of the Directorate of Administration and Academic Services Heri Prawoto, said that the amount that will be accepted is 50 percent of the total student quota accepted by UB.

“Due to the change from higher education status from BLU to PTNBH, the quota for the Independent Path this year is more than in previous years,” said Heri Prawoto.

As for the study programs of interest in the Independent Selection, the UTBK scores were Medicine and Law, with 1662 and 727 applicants, respectively.

Heri added that for the Independent Selection, the undergraduate program had been completed. Currently the ongoing selection process is the VOCATIONAL Faculty for the D3 Program which will last until July 25, 2022.

“The selection of the Vocational program is carried out based on report cards and academic and non-academic achievements,” he said.

Heri hopes that for the next new student admission, the committee can prepare an early socialization process to all parties and schedule more detailed admissions activities according to the time set by the LTMPT. [Humas UB/ Trans. Iir] 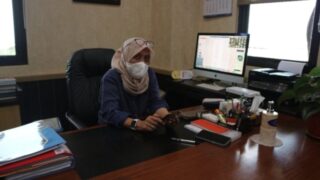